We use cookies that allow us to offer our services. If you continue browsing you accept our use of them. 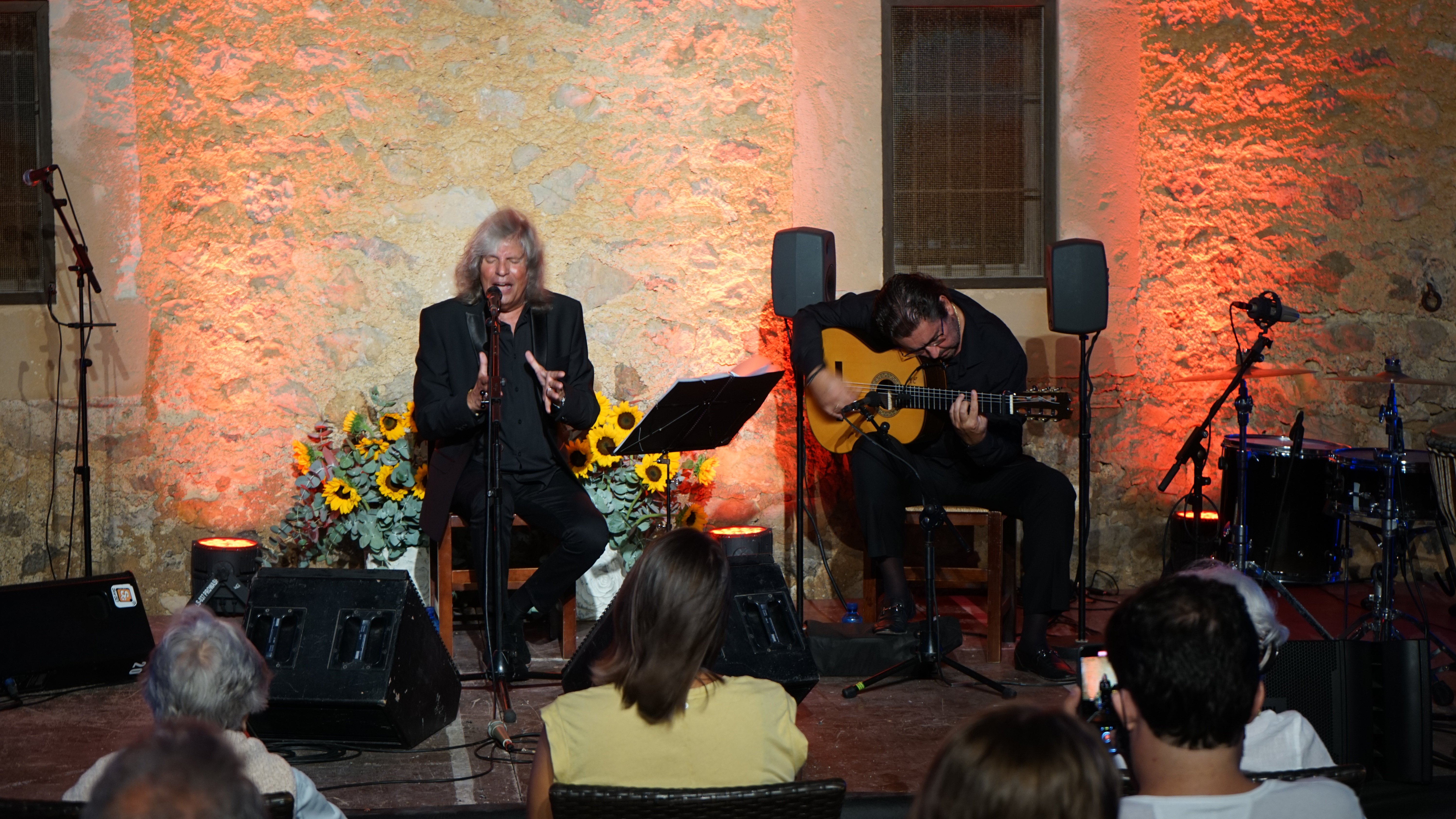 As you already know, art & culture in all its expressions is a big part of the Torre de Canyamel Group. We have deep respect for our land, for our culture, for our tradition, which is why we take pride in promoting cultural events of all kinds every season.

Every year we host two magnificent concerts at our Canyamel tower, built in the 13th century on the base of another, Muslim, tower. The tower has three levels and has become the cultural spot of the area, due to the different events taking place every season.

This season we held a charity concert welcoming José Mercé, one of the most well-known flamenco singers in Spain. Passionate and versatile, José Mercé knows flamenco like no one else: he can sing a ‘malagueña’, a ‘soleá’, ‘seguiriyas’,  ‘fandangos’, ‘alegrías’ or a ‘bulería’ from Jerez. All with a unique style and charm.

With 18 albums published since his debut in 1968, José Mercé has kept the pure essence of flamenco and mixed it with new versions of songs by Manu Chao, Luis Eduardo Aute, Víctor Jara, Louis Armstrong, Pablo Milanés, Los Pop Tops and Joan Manuel Serrat, becoming one of the most renowned Spanish musicians, breaking boundaries and taking his music not only to the flamenco audience, but also reaching a younger, pop-loving audience.

On the 15th of August we were the lucky and proud hosts for his concert, which took place at the Canyamel tower following all hygiene and safety measures at the time. In a magical setting, José Mercé filled the ambience with his talent, sharing a very special moment with the audience and offering a first-class show. The intimate concert’s funds went to the ‘Associació d'Amics de Tilloli’, an entity in charge of sending aid to the Indian city, where the situation has been always critical. This Association provided the funds to build a School in Tilloli and has taken care of the maintenance expenses since already now 20 years. Their essential task is to educate girls, but not only in their compulsory academic aspect, but also in their integral training and development.

We are looking forward to hosting wonderful concerts at Torre de Canyamel next season and we will keep you informed about our cultural program via Facebook, Instagram and our web!